Presenting the award was Sue Mendus CBE from the Joseph Rowntree Reform Trust, who spoke about the work that UKWIN has been doing for over a decade to support effective grassroots campaigning and to amplify the voices of local citizens – who are speaking truth to power – in the face of formidable corporate opposition. 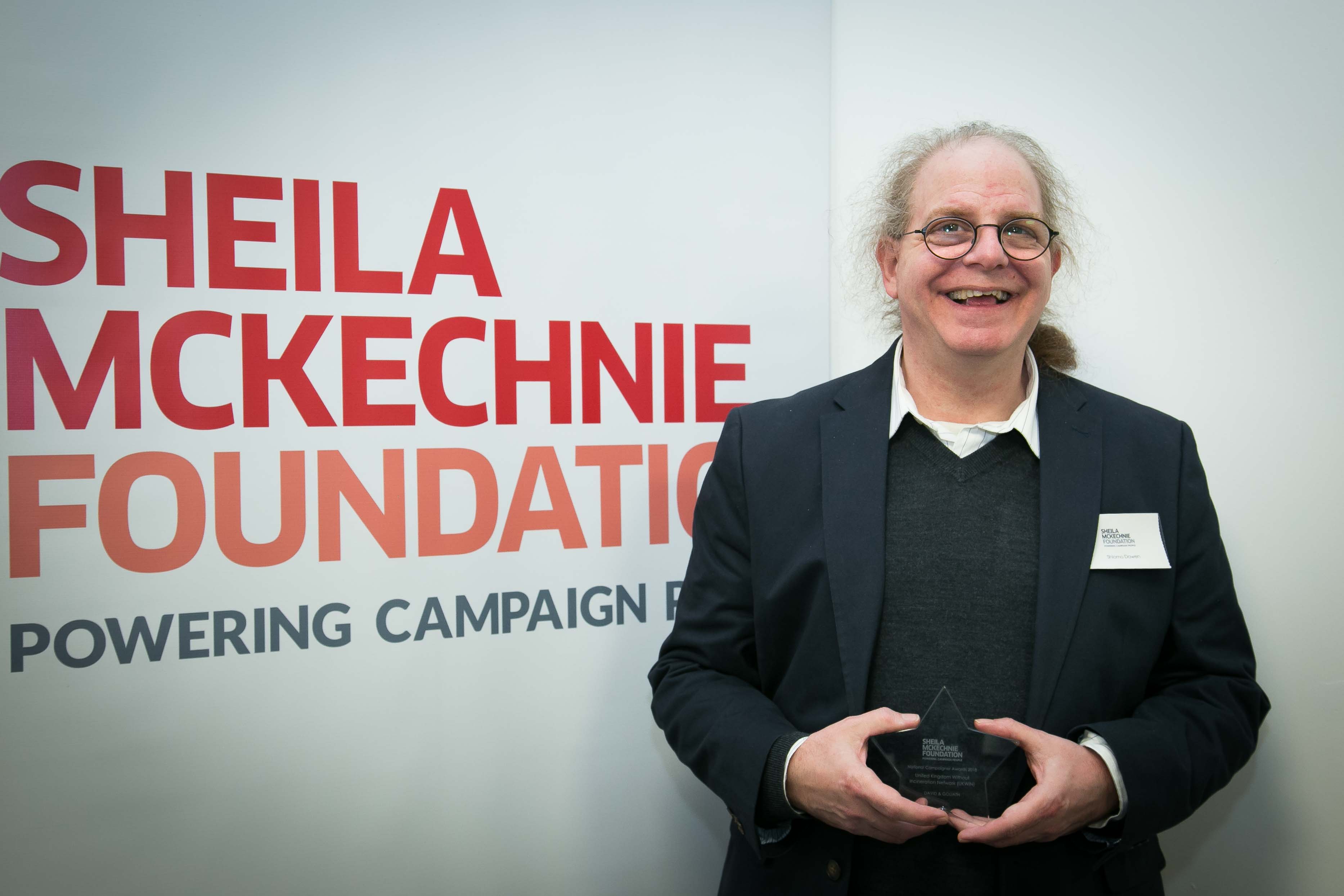 UKWIN’s National Coordinator Shlomo Dowen thanked the SMK Foundation for the David & Goliath AwardSpeaking about the award, UKWIN’s National Coordinator Shlomo Dowen thanked the Foundation and said: “UKWIN is honoured by this recognition of the courage of our inspiring volunteers. UKWIN’s members bravely take on, and support each other to face up to, the many challenges that arise when demanding environmental justice for our communities.

“UKWIN campaigners selflessly devote countless hours to the struggle to defeat proposals for waste incinerators. Campaigning together as a network means UKWIN’s volunteer activists and local groups are stronger, more resilient, better informed, and more capable when it comes to working for the end of waste incineration throughout the UK.

“This award will strengthen the anti-incineration movement’s determination, and I want to thank the Sheila McKechnie Foundation on behalf of everyone involved with UKWIN. We are determined and we are grateful.”

Last year UKWIN received an Earthmovers Award for Outstanding Community Campaign from Friends of the Earth (FoE). UKWIN consists of hundreds of campaigners and campaign groups working at local and national levels to stop the incineration of waste and promote sustainable alternatives.

UKWIN is dedicated to supporting local citizens to exercise their democratic right to campaign for a world where demand for resources is reduced, products are designed to be re-used or recycled, and where the environmentally harmful practice of burning resources at incineration plants, sometimes known as ‘Energy from Waste’ facilities, comes to an end. More about UKWIN’s most recent campaign to ‘Bin the Burners’ is available at https://ukwin.org.uk/bin/