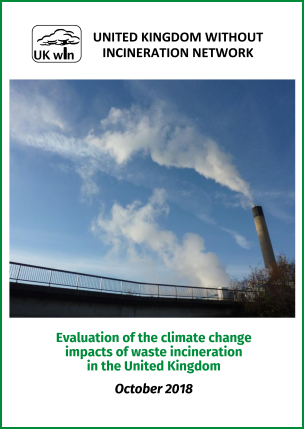 This report evaluates the climate change impacts of waste incineration and is intended to inform policy makers, decision-takers, and the public. The need for this study arises in response to the increasing quantities and proportions of UK waste that are incinerated and the necessity to consider the outcomes arising from this increasing level of incineration alongside the various conflicting claims that are made about the climate change impacts of waste incineration.

Based on the data and methods set out in the report, the study found that: